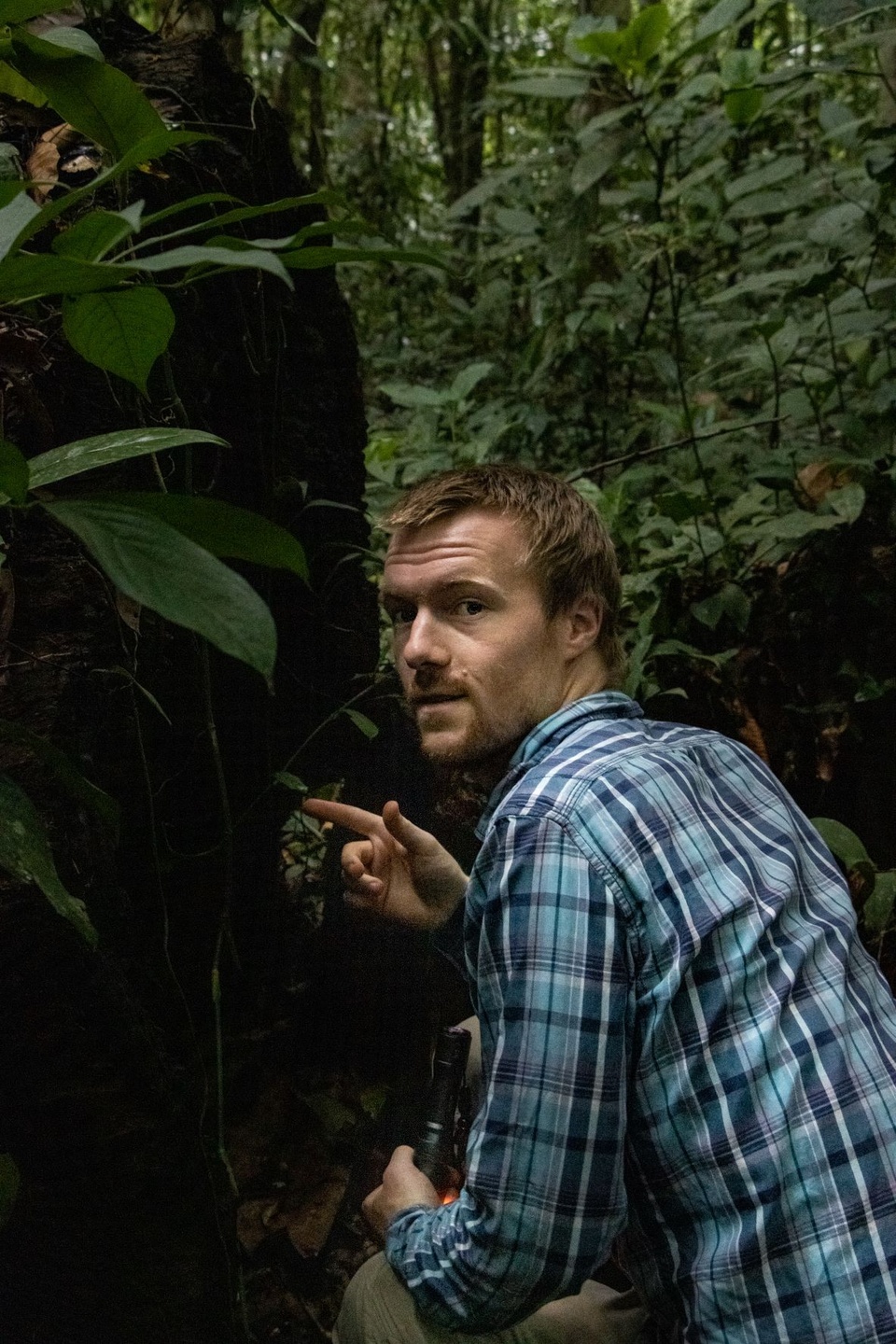 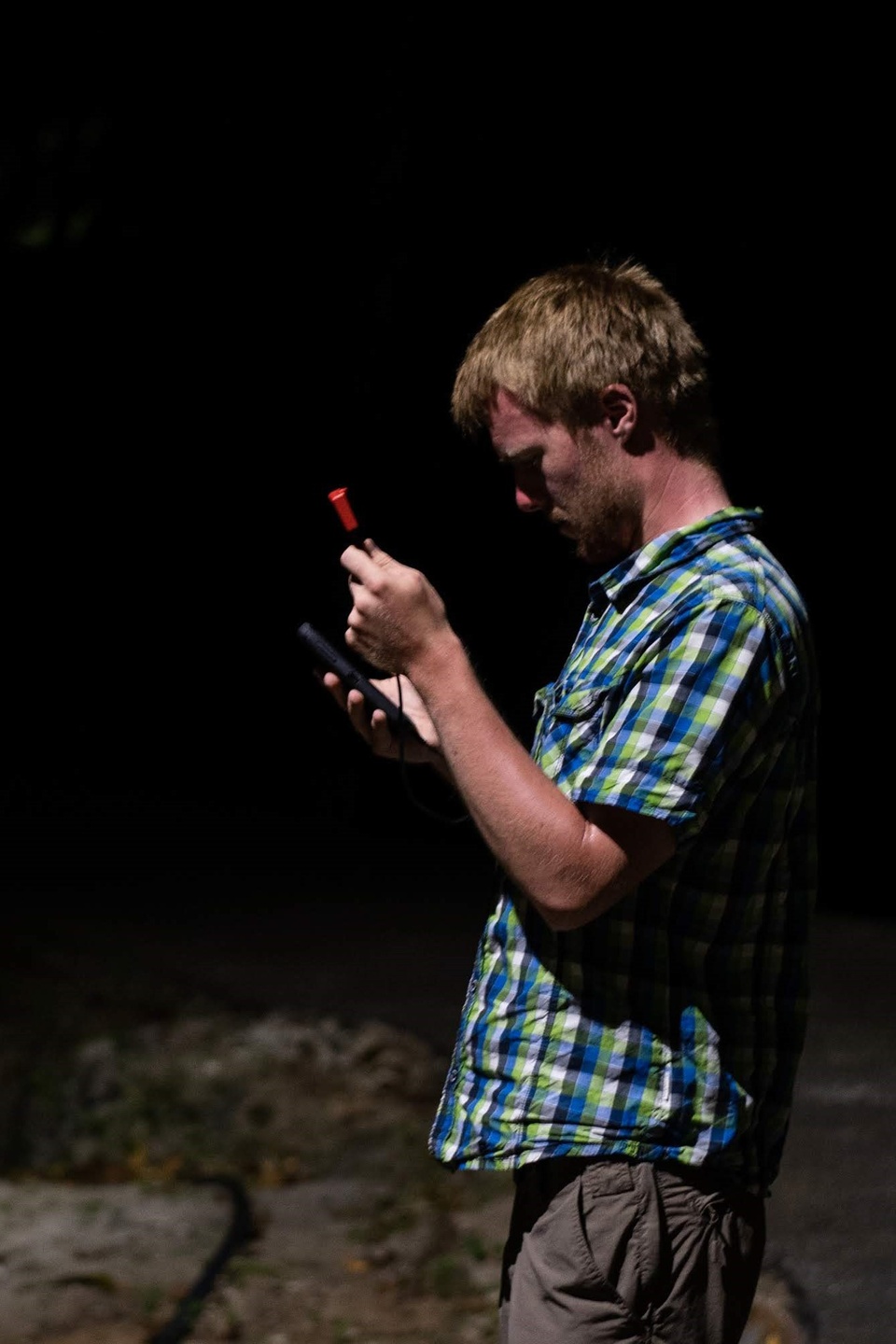 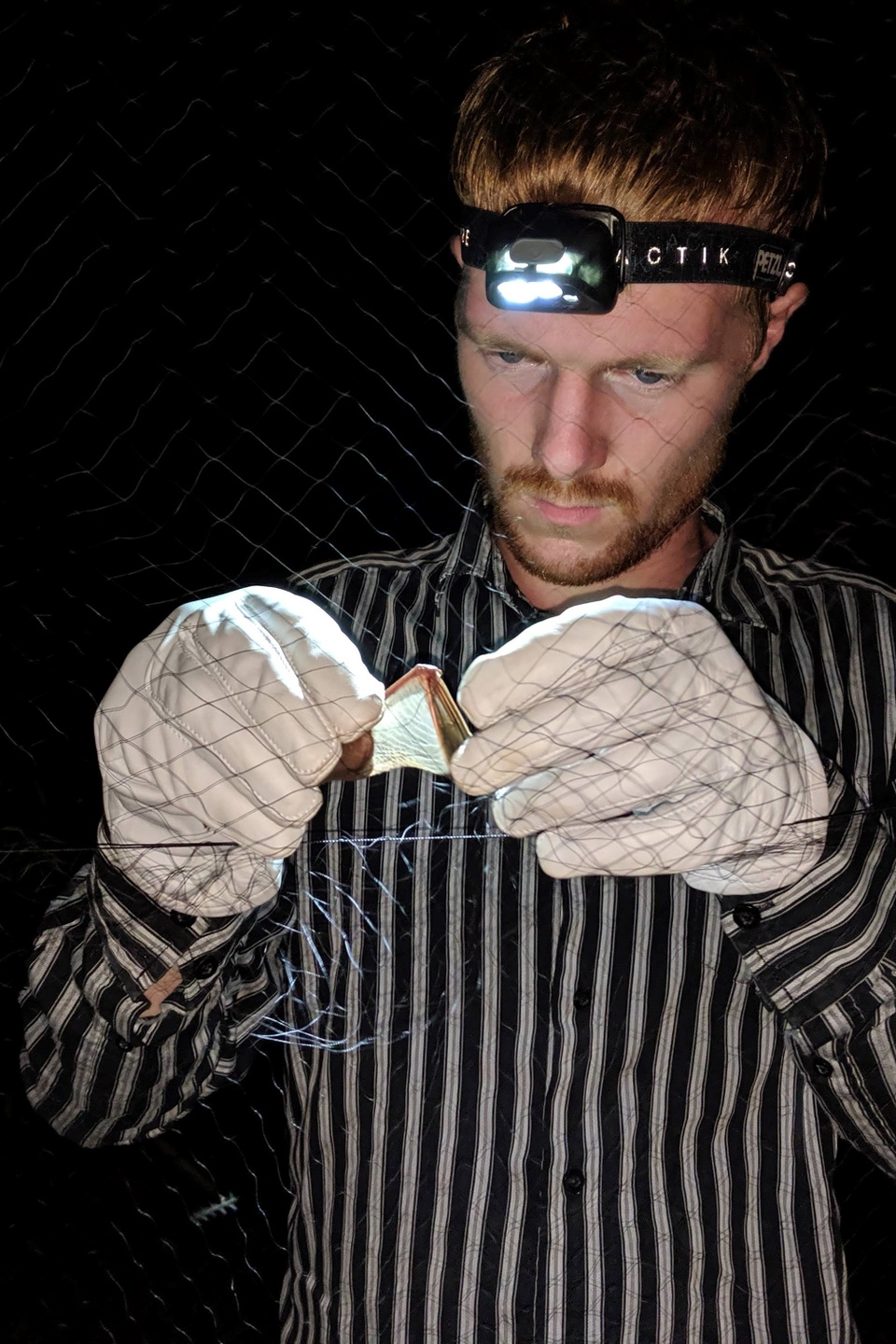 Nils’ fascination with bats began, perhaps paradoxically, with birds. He had been getting serious about birds and exploring the local natural areas around his Belgian home. He was invited to take part in a local bat survey near the town of Chimay, a town more famous for beer than bats.

“When I saw my first bat, a Grey Long-eared bat, up close, I just fell in love with them,” he says. “I wanted to know everything about them.”

After that, he became increasingly involved in bat surveys around the country with Plecotus and the Vleermuizenwerkgroep, the two Belgian bat groups. He took part in mist-netting surveys, roost visits, acoustic surveys as well as public outreach though guided walks. He realised that what drew him to this in the first place was his deep interest in ecology. This interest remained throughout his bachelor in biology at Université Libre de Bruxelles (Belgium) and his Master's in Ecology and Conservation at Imperial College London (United Kingdom).

While working on his thesis on common bird identification accuracy, he was inspired by Arjan Dwarshuis's Big Year the year before. What started as joke quickly became a challenge he wanted to tackle A few months later, planning was underway.

Nils's Big Bat Year took him to all continents and about 30 different countries. He ended up seeing 400 species. Of those, he was able to make sound recordings of over 250 species, some of them in remote areas and rarely recorded before.

Keen to share his experiences, he started giving talks, first at the British National Bat Conference organised by the Bat Conservation Trust and quickly to many bat groups who expressed an interest. He has been hosting succesfull livestreams for International Bat Night since 2021, inviting over 60 speakers from across the globe to share their passion for bats with the general public. Beyond sharing stories of his journey, part of his outreach work also became training through talks on bat sound analysis and data management.

His experience and expertise in bat conservation have led him to contribute to the IUCN Red List and be offered to join the IUCN SSC Bat Specialist Group. He is now the Red List Authority Coordinator for European bats.

Barbastella Echology was an opportunity for him to combine the aspects of bat research he loves the most, acoustics, technology, training and outreach.

Get monthly updates on new courses and research developments from the Lab.